During the event "Energy in the socket" organized in Bucharest by the newspaper Bursa, the general manager of Azomureș, Harri Kiiski presented some of the solutions identified for reducing CO2 emissions into the atmosphere, in the context of the Green Deal program of the European Commission.

Although Azomures has reduced greenhouse gas emissions by 54% compared to 1990 and 2005, the reference years taken into account by the Green Deal program and will reach a percentage of 61% in the next years. On the path to carbon neutrality Azomureș proposes to include store CO2 emissions in underground deposits where methane gas has been extracted over the years and which can now store significant amounts of emissions. "We need a series of investments from companies and the state, especially in logistics infrastructure, but in the long run it is one of the best options for Romania. There is enough underground space, former natural gas and oil fields, which can now be reused for CO2 storage. Such procedures are already being carried out in Western European countries. Creating a national consortium and establishing an operator would be a very good first step, "said Harri Kiiski.

Within the European funding mechanisms, funding sources can be identified to cover investments in the necessary infrastructure. The proposed solution can be used, at national level, by several companies in the industrial field so that the impact on the environment will be a major one. Azomures would also emphasize co-operation between Romanian and Bulgarian governments with e.g. joint hydropower investment in Turnu Magurele – Nikopol, which in addition could create a rail and road connection between countries and producing about 2 GW electricity to the needs of industry in both countries.

Another solution proposed by Azomureș is to restore a centralized heating system for homes in cities that have industrial platforms nearby. "I can give you the example of the city of Târgu Mureș, where we operate. The steam resulting from our technological processes could be a very good source of heating for homes. There was such a system until the 90s like many European industrial sites living in symbiosis with the society surrounding them. Today's technology also allows us to cool homes during the summer, thus greatly reducing electricity consumption. So there are solutions and I believe that a public-private partnership would lead to a significant reduction in CO2 emissions in range of 200 000 tons CO2 from home heating, ”said Harri Kiiski.

Thanks to investments in the refurbishment of agricultural fertilizer production facilities, Azomureș has reduced greenhouse gas emissions and continues the path with number of solutions, e.g. LED lights, energy efficient motors, converting excess steam to electricity. Azomures practices CCU (Carbon Capture and Utilization) in its calcium carbonate unit as an example of Circular Economy. It is important to have Romanian approach to the Green Deal, 4th industrial revolution. 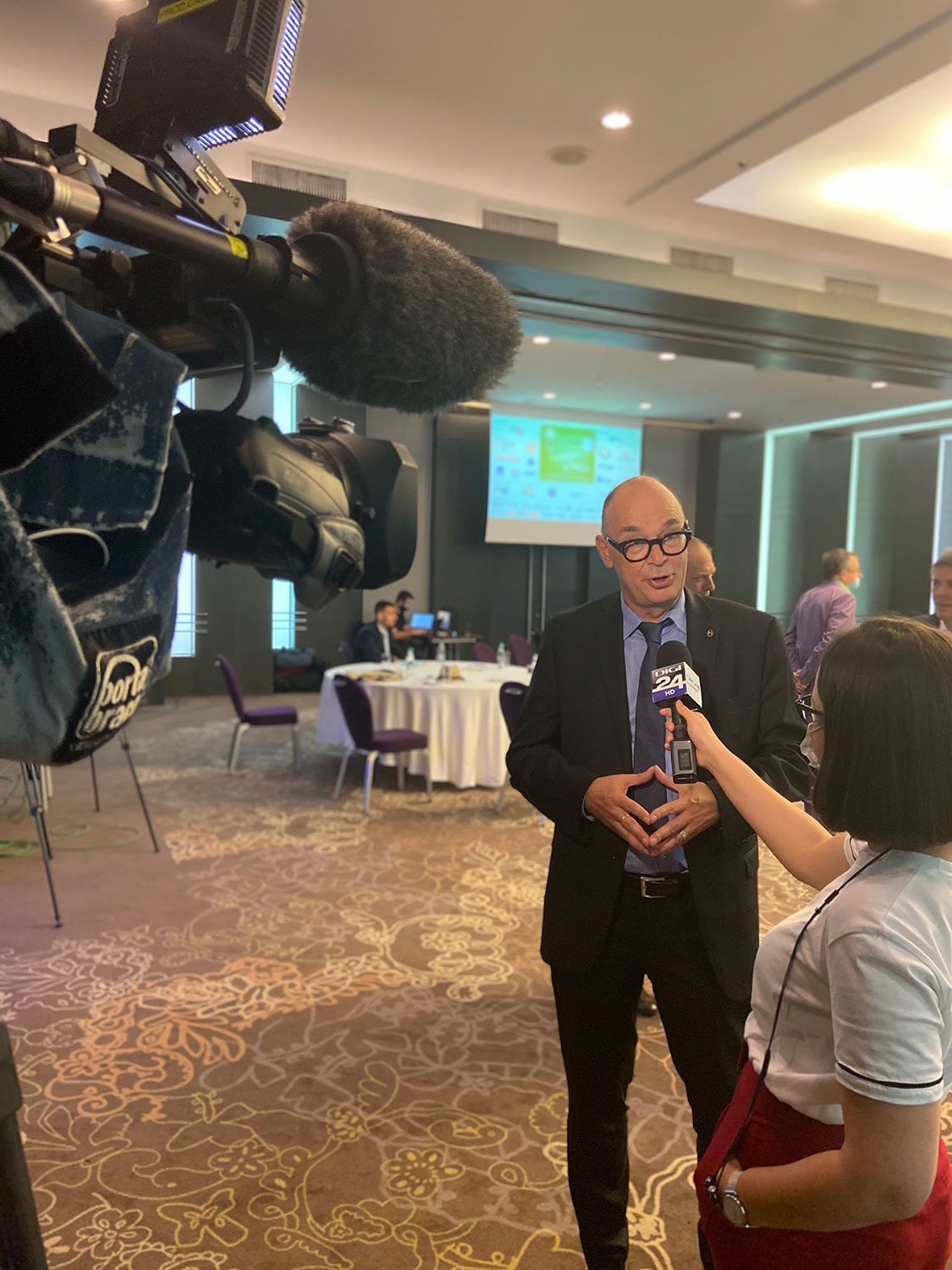